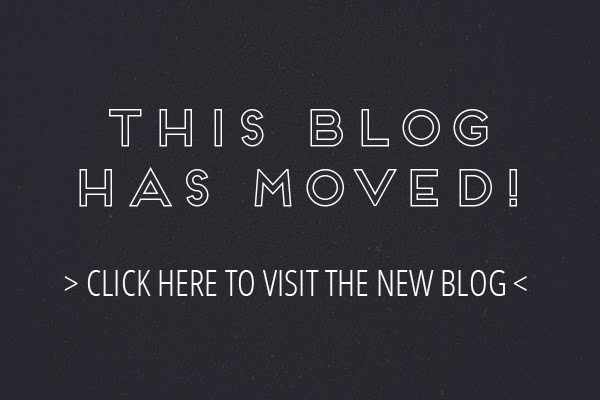 You can also find me on Twitter, Goodreads & Tumblr
or join the James Swallow Reader's Club here.

A quick update: the organizers of the First Contact Day 2016 convention in Telford I was scheduled to attend with fellow Star Trek writers Una McCormack and Larry Nemecek have announced that the event has been postponed - more details are here at the FCD website.

I'm sorry to hear this - Una and I had a great time at last year's First Contact Day - and I hope the FCD team can return for another event in the future.

Welcome to February; hopefully this month will have less blood on its hands, but it is kicking off with a bang (or more accurately, a dakka) as the Horus Heresy Weekender 2016 event happens up in Nottingham at the Belfry hotel on Saturday 6th and Sunday 7th February.

There's a whole bunch of stuff going on at HHW2016, including gaming events, seminars, along with panels and signings that will feature me and a few of my fellow Black Library authors. It will also be an opportunity to get hold of advance copies of the new War Without End mega-sized anthology, and the last few dozen copies of my limited run collector's edition novella Vow of Faith will also be on sale at the show. More details here at the Forge World website.

Since Monday, Black Library have been running one of their regular 'Quick Reads' weeks, releasing a digital eBook short story each day for direct download from the BL website.

This week's stories are under the title Tales of the Knights Errant, each one featuring characters from the Horus Heresy saga involved in the so-called 'Silent War'.

You can check out the full set of stories right here.

Today's the last release of the week, and it's a double-header from me - two all-new linked tales in the form of the novelette "Ghosts Speak Not" and the short story "Patience".

When Nathaniel Garro carried word of the Warmaster’s treachery to Terra, he also brought with him seventy loyal sons of the XIV Legion. Distrusted by their kinsmen, they languished in seclusion on Luna... until now. Amendera Kendel, once a Sister of Silence but more recently in service to the Sigillite, gives Helig Gallor of the Death Guard a new purpose, and a new duty – one that will ultimately see him reunited with his former battle captain on the field of war.

The stories are available for digital download Here; or you can grab a free extract for mobi or epub formats.

We're reaching the end of January, and that means it's time for the gift that keeps on giving (to writers, editors, illustrators et al). The Public Lending Right.

For those unfamiliar with the PLR, here's my annual public service announcement on the subject:
If you are a writer/editor/illustrator/etc, a resident of the UK or Ireland and you ever need a reason for donating your books to the library - on top of all the obvious ones like promoting reading and supporting this valuable and increasingly undermined public service - this is it. The PLR is a system where authors who've written books that are in public libraries get a little revenue each time somebody borrows their works. It's a way to repay writers who won't be earning a royalty from a sale in a bookstore. The hardworking folks at the PLR office pay a nominal fee based on how
borrowed you were - and in the interests of fairness, you can't earn more than around £6000, so the big names don't get to hog all the money.
In the current political climate, both the PLR and the libraries it springs from are under threat, so if you are a writer or a reader, please do your bit to help support both as best you can.

The big shake-up in my top ten this year was the arrival of my 24 novel Deadline straight into the top slot - number one with a bullet, which seems apt for a story about Jack Bauer! That kicked back my Doctor Who Western Peacemaker to second place for the first time in years, which was closely followed by my Star Trek: The Fall novel The Poisoned Chalice. Also new in the list this year is my Deus Ex novel Icarus Effect.

As always, my thanks to everyone who supported their local libraries and borrowed my books!

I'd like to think that all the nice people out there who read this blog have of course already played the excellent Deus Ex: Human Revolution, which I am proud to say got me a BAFTA nomination for my writing contribution. The next installment - Deus Ex: Mankind Divided - and my tie-in novel Black Light wil be out in August, but if you have an Xbox 360 or an XBox One and you'd like DXHR for the princely sum of nothing at all, then you can download it for free as part of the Games With Gold program until January 31st.

You can access Games With Gold via the xbox.com site or your XBox dashboard...

And so it ends for another year, as my last list-o-stuff presents the games that ate my free time in 2015 - but that said, while I played a third more games than I did in 2014, strangely it felt like less.

I got a new PC after finally admitting that my previous machine had developed the digital equivalent of senility, which meant a revamp of my Steam account and a bunch of new stuff to try out. On consoles, I doggedly held on to the last generation with my PS3 and Xbox 360 in a vain attempt to plough through my shelf of unfinished stuff... Yeah, that didn't work out like I expected. I'm still undone on a lot of old-gen games, so I expect I'll still be playing on my aging machines well into 2016.

Best game of the year? No question that it was Naughty Dog's charming and honest The Last of Us: Left Behind.

The fun never ends here at Red Flag, as I desperately try to quantify the passage of my years with lists of things; today's vision of months past takes stock of all the feature films I absorbed, good, bad and indifferent. And there were plenty of all three, let me tell ya.

There were a lot of challengers for the bottom slot this year, it seems. Some flawed gems like Tomrrowland and Interstellar, others just plain flawed. Terminator, Pixels, Gamechangers, Jupiter Ascending, I'm looking at all of you. I'm not angry, just disappointed. But I had a lot of love for Big Hero 6, which was by turns sweet and action-packed. I had tons of nostalgic fun with the bat-shit crazy Knights of Badassdom and Plastic Galaxy. I liked Project Almanac's lo-fi grab for high-concept SF, and Black Sea's tense thrills. But as much as I loved Avengers and Ant-Man, this was the year for Star Wars. So, yeah. The Force Awakens was my movie of 2015. No surprise there, nerfherders.

After the self-refection comes the inevitable list-o-rama: Part One - Books!

Does anyone out there read these? I'm not sure, but be honest at this stage, I'm just doing this as a way to keep score for myself... Anyhow. Thanks to my good friend Ming's generosity and his inexorable lust for cutting edge technology, I became the custodian of a hand-me-down last generation Kindle eReader after remarking that I didn't read enough digital content - so this year, just over a third of all the stuff I read this year was on a screen.

I found it interesting how many of the digital titles were short (or short-ish) fiction, and I gotta wonder if that's reflecting the fact that people eReading are buying more by name than by physical size of the work. Never mind the quality, feel the width, as they say. But I'm not denigrating the format, far from it. Without the Kindle, I'd probably never have had the great nostalgia trip that was Shannon Appelcline's Designers & Dragons series, an exhaustive set of volumes about the history of pencil-and-paper roleplaying games. I also read a whole bunch of Star Wars tie-ins this year, largely to prime the pump for The Force Awakens, after being away from the franchise for some time. It seems I've missed some cool stuff over in the GFFA, so I reckon 2016 will feature them a bit too.

But the biggest swing in my reading habits for 2015 was a lead toward thrillers once more, including a couple of Bonds and some SAS roughnecks as I rediscovered my love of stuff-blowing-uppery. Best of the year is shared between David M. Ewalt's hymn to roleplaying Of Dice And Men, and Diamond David Lee Roth's wild stream-of-thought autobio Crazy From The Heat, which reset my rock playlists back to 80's Hair Metal setting for the rest of 2015. The worst was the novel that taught me not to pay attention to recommendations from book bloggers who talk in ALL CAPS and haven't read anything older than they are.